ALANA LINDEROTH
Program Associate, Mongabay
alana [at] mongabay.com
Alana has nearly a decade of experience in journalism, technical writing, and nonprofit communication. She holds a degree in Environmental Journalism with a concentration in environmental science from Western Washington University’s Huxley College of the Environment. Prior to joining Mongabay, Alana led the strategic communications and community engagement efforts for a Washington-based nonprofit aimed at local land conservation. Reflective of her lifelong love of nature and enjoyment of learning, Alana’s interests include natural history, animal behavior, hiking, and traveling. ALEXA VÉLEZ ZUAZO
Contributing Editor, Mongabay-Latam
alexa [at] mongabay.com
Alexa is a journalist with more than 10 years of experience in political and environmental research. She has extensive experience in production and management of audiovisual content. Before joining Mongabay, she produced and wrote stories for the TV show AmbienTV, an environmental broadcast in Peru with nationwide reach. She also contributed travel supplement articles for El Comercio, an important newspaper in Peru. She is knowledgeable on environmental issues like value chains in forests and the management of protected areas. 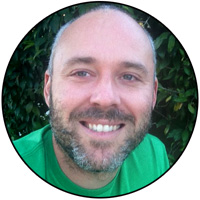 DAVE MARTIN
Director of Partnerships, Mongabay
david [at] mongabay.com
David helps manage fundraising and outreach at Mongabay. David has unique job experience: He has lived and worked in the Ecuadorian Amazon, worked as a territory sales manager at Runa and found great success as a grassroots fundraiser. He is inspired by nature and loves to share his passion for the natural world with everyone he meets! David holds a Master’s Degree in Humanities and Social Thought from New York University and Bachelor’s Degree in Globalization and Socioeconomics from University of California, Santa Barbara. S. GOPIKRISHNA WARRIER
Managing Editor, Mongabay-India
gopi [at] mongabay.com
S. Gopikrishna Warrier (Gopi) is an environment journalist with years of experience in communication in Asia and Africa. Before joining Mongabay, he wrote environment stories for publications such as the India Climate Dialogue, Nature India, The Hindu, Frontline, Times of India, etc. He has been a media trainer and handled communication for international agricultural research organisations such as ICRISAT and the Africa Rice Center. He has earlier worked with The Hindu Business Line newspaper and Down to Earth magazine, and also a few national environmental NGOs. MAICHUE KHANG
Operations Manager, Mongabay
maichue [at] mongabay.com
Maichue manages the daily human resource functions and supports the operations team while interfacing with the project leads, to track, adjust and readjust the workflows, to maintain synchronization between systems and the project’s goals. Aside from her work, she is actively engaged and passionate about volunteer programs within higher education and loves spending time with her nieces and nephews. Her motto is: practice self-healing. 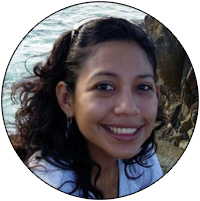 MARIA ISABEL TORRES
Program Manager, Mongabay-Latam
mariaisabel.torres [at] mongabay.com
Maria Isabel lives in Peru and is the Project Manager at Mongabay Latam. She has been an investigative journalist in politics and economics for mainstream and online media for 10 years. She has worked for the public sector and was part of the team who has organized the COP 20 in Lima. She specializes in environmental issues such as climate change negotiations and illegal mining in the rainforest. RHETT A. BUTLER
Founder & CEO, Mongabay
Rhett founded Mongabay.com in 1999 out of his passion for nature and wildlife. For the first ten years of the project, he operated Mongabay on his own, publishing thousands of stories and tens of thousands of photos. In 2012, he launched Mongabay as a non-profit and today serves as editor-in-chief and CEO. Rhett’s writing and photos have been published widely. 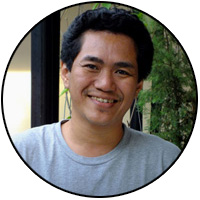 SALMAN GHANI
Financial Controller, Mongabay
salman [at] mongabay.com
Salman is the Financial Controller for Mongabay. His responsibilities include fiscal oversight, systems evaluation/implementation, and overall operational support. Salman joins Mongabay from Fiscal Management Associates (FMA) where he provided controller level and accounting systems implementation services to a variety of small and mid-sized non-for-profit organizations. Salman graduated with his Bachelor of Business Administration with a major in Accounting and minor in Political Science from Baruch College (CUNY) and has successfully passed all four parts of the Uniform CPA examination. Salman is also fluent in Urdu, Hindi, and Punjabi. SANDHYA SEKAR
Program Manager, Mongabay-India
sandhya [at] mongabay.com
Sandhya lives in Thiruvananthapuram, Kerala, India. She has been a freelance science writer since 2013, writing regularly for Indian and international news portals including the BBC, New Scientist, Science Now and The Scientist. She started as an intern with Mongabay in 2013 and began her current role as Program Manager of Monagabay-India in October 2017. 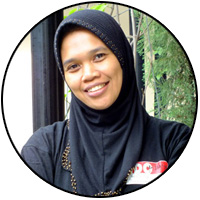 SAPARIAH SATURI
Senior Writer & Editor, Mongabay-Indonesia
sapariah.saturi [at] mongabay.co.id
“Arie” is a senior reporter and editor who has experience working for the mainstream media in Indonesia, including several national publications. She focuses primarily on political, human rights, and economics stories for Mongabay-Indonesia. WILLIE SHUBERT
Global Program Director, Mongabay
willie [at] mongabay.com
Willie is the Global Program Director for Mongabay where he supports its global news program through the management and implementation of the organization’s portfolio of grant-funded projects. Willie worked previously as the Senior Program Officer for Internews’ Earth Journalism Network where he managed the implementation of EJN’s environmental journalism activities in Asia and led the network’s technology initiatives globally. In this capacity he has trained and collaborated directly with hundreds of journalists to craft in-depth stories and co-create media projects that improve professional skills and amplify the voices of people living closest to environmental hotspots. He started his journalism career at National Geographic Magazine, where he coordinated translation for the magazine’s 32 local language partners. He holds a degree in Geography from Humboldt State University with concentrations in cartography, environmental economics, and Chinese studies.

See a map showing our staff and correspondents.