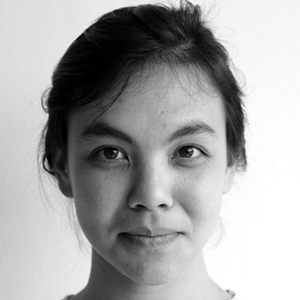 A Tale of Two Fish: Unsustainable Supply Chains in Indonesia

Indonesia’s many-islanded coastline is home to some of the world’s richest coral diversity; and two-thirds of the nation’s 200 million people, over half of whom rely on near-shore fisheries for income. Add to the equation burgeoning global demand for seafood and the ability to deliver fresh fish to far-flung customers, and the outline of the opportunities and challenges facing stakeholders and policy-makers emerges. Melati plans to follow two fish — the 160-kilo reef-dwelling Napoleon Wrasse that can sell for hundreds of dollars in high-end East Asian markets; and the tiny, fished by the ton, lemuru sardine, that ends up in pellets fed to farmed shrimp–from their Indonesian fishing grounds to the global marketplace as she fills in the details of these unsustainable supply chains.

An environment reporter, Melati has written about the effect of climate change on Indonesia’s sea gypsies and the American West Coast salmon fishery collapse of 2008. A 2009 graduate of Reed College in Portland, Oregon, Melati was an intern at National Geographic and National Public Radio, before striking out as a reporter in Alaska and, more recently, Indonesia. Melati’s work has appeared on Al Jazeera In Depth, ForestNews, Alaska Public Radio, Terra Informa Radio and the Jakarta Post.