Between the Forest and the Sea: Climate Change and Community Forest Management in Kuna Yala, Panama 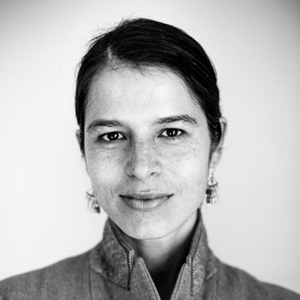 Ruxandra Guidi & Bear Guerra’s stories will explore what’s at stake for indigenous groups like the Kuna of Panama, whose livelihoods and homes are already being affected by sea level rise and climate change, and the ways in which they are adapting to it while trying to preserve their customs and sovereign control of their forests. On the other hand, they will examine how the Kuna continue to manage their forests as they have for generations; they’ll examine what can be learned from them about community forest management, and what can be applied to other modern-day forest-dependent communities facing similar situations.

Ruxandra Guidi, a native of Venezuela, has reported throughout the United States and Latin America, for both magazines and 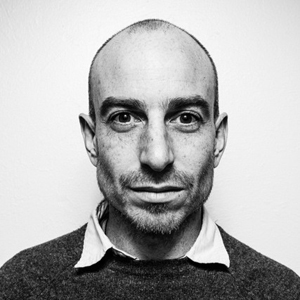 public radio, and in both English and Spanish. She has worked extensively as a freelancer, and recently held staff positions at Southern California Public Radio, where she covered immigration and religion, and at KPBS Public Broadcasting, where she covered the U.S.-Mexico border as part of the Fronteras Desk initiative. Her work has aired on PRI’s The World, NPR, CBC, Marketplace, Deutsche Welle, NPR’s Latino USA, and Radio Ambulante, and has been published by Orion Magazine, National Geographic NewsWatch, The Atlantic, and others. She’s a producer and board member for the award-winning non-profit journalism collaborative, Homelands Productions, and she collaborates often with husband, Bear Guerra, under the name Fonografia Collective.

Bear Guerra is a photographer with over a decade of experience, whose work addresses globalization, development, and social and environmental justice issues. His images, photo essays, and multimedia stories have been published by outlets including Orion Magazine,The Wall Street Journal, The Atlantic, Le Monde, On Earth Magazine, Virginia Quarterly Review, NPR, the BBC, The Boston Globe Magazine, Texas Monthly, National Geographic NewsWatch, Time.com, and many others; and have been exhibited widely – both nationally, and abroad. He is currently a 2013-2014 Ted Scripps Fellow in Environmental Journalism at the University of Colorado – Boulder; and was a finalist for a National Magazine Award in Photojournalism (2010). In 2014, he became a producer and board member for the award-winning non-profit journalism collaborative, Homelands Productions.