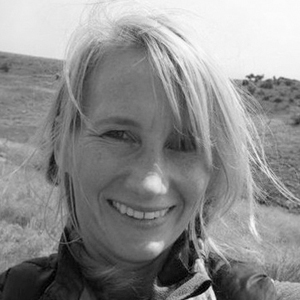 Power to the people: can the Nobel-winning concept of polycentric governance help save tropical forest biodiversity?

After studying hundreds of real-life scenarios of forest management, Nobel Prize-winning economist Elinor Ostrom discovered that locals will sustainably manage common resources but only when certain principles are in place. Ostrom’s ideas show incredible promise in providing practical insight into how to manage and conserve tropical forest biodiversity while also protecting people who rely on their resources – often indigenous, poor, or individuals with little political sway. Ostrom’s ideas have barely trickled into the public consciousness despite their widespread use in governments around the world. Nicole will travel to Uganda and Peru to document real-life examples of polycentric governance in action, showing how governments and local people can successfully work together to conserve biodiversity.

Freelance science writer Wendee Nicole covers science science and the environment which has taken her around the globe – from the Himalayan foothills of Nepal in search of endangered red panda, to the Peruvian Amazon to report on community-based conservation with Yine Amerindians, to the Galapagos Islands to write about carbon-neutral travel. After earning her M.S. in Wildlife Ecology from Texas A&M University in 1995, she became a self-taught freelance journalist. She has written for magazines such as National Wildlife, Nature, Scientific American, and Environmental Health Perspectives, as well as Discovery Channel and Animal Planet Online. She as awarded first place in the science/tech/business category of the American Society of Journalists and Authors’ (ASJA) 2013 writing awards for her story in Pacific Standard – “Did Tap Water Kill Lou Gehrig”?