“Be the change that you wish to see in the world.”

In 1999, embracing those famous words derived from remarks made by Mahatma Gandhi, I founded Mongabay out of my passion for wildlife and nature. Since then, the effort has grown into a multinational initiative involving hundreds of journalists and reaching tens of millions of people each year.

Mongabay’s expansion has particularly accelerated since we moved to a non-profit model five years ago. Our first project as a non-profit environmental media organization was Mongabay-Indonesia, an Indonesian-language environmental news service run by Indonesians for Indonesians. Mongabay-Indonesia proved remarkably popular and impactful in Indonesia, pioneering new ideas for Mongabay’s global news operation and paving the way for Mongabay-Latam, our Spanish-language news service that launched just over a year ago. Stories from Mongabay-Latam are now regularly appearing in nearly 20 newspapers, blogs, and publications in ten Latin American countries.

Today I’m excited to announce a new expansion: Mongabay-India, which will follow in the tradition of our other properties by producing high-quality, original news reporting on conservation and environmental issues in India. Mongabay-India will be run by a team in India — we are now hiring the first two staff positions (Managing Editor and Staff Writer) and plan to launch the reporting bureau by October.

Initially, Mongabay-India will focus on producing written content in English, but in time, we intend to broaden our offerings to video and other languages. Our articles will be produced under an open Creative Commons license allowing other outlets to use our content commercially or non-commercially at no cost. 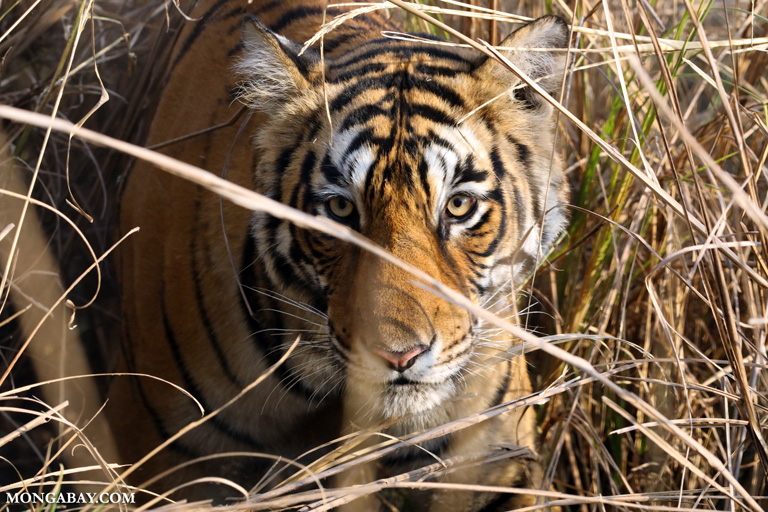 Photo of a tigress in India’s Ranthambore National Park. Photo by Rhett A. Butler for Mongabay.

With ecosystems ranging from the mangrove forests of the Sundarbans to the rainforests of the Western Ghats to the alpine habitats of the Himalayas, India is one of the most biologically diverse countries on the planet. Yet the country, which is soon to be the world’s most populous, suffers from many environmental problems. Still there are reasons for optimism: local entrepreneurs, researchers, civil society groups, governments, and others are devising ingenious solutions to many of these issues, providing inspiring models that could be adopted more widely provided they were better known.

Mongabay-India will report on the country’s environmental challenges by highlighting threats to ecosystems and wildlife, identifying opportunities for progress, and showcasing successful models for resource management and conservation which could be embraced both within India and outside its borders. Beyond our core team, we expect to work with journalists across India, bringing local and region issues to a global audience.

I believe Mongabay is well placed to make this new program a success. Between Mongabay-Indonesia (established 2012) and Mongabay-Latam (2016), we have a demonstrated track record in building environmental reporting bureaus. We also have systems in place to measure impact, allowing us to identify what’s working or not working and course correct as needed. Finally, Mongabay already has a significant audience in India, which represents our second largest source of readership for our news section (about 9 percent of visitors). Over the past decade we’ve published hundreds of stories on issues in India. 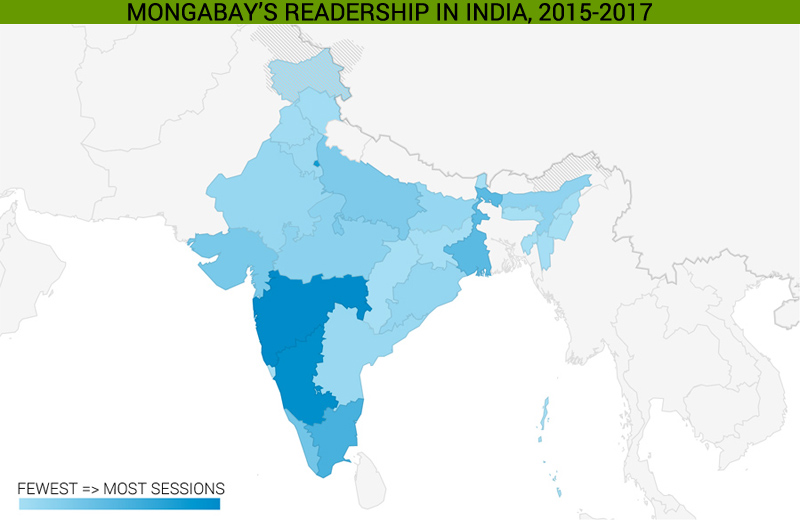 I’m extremely grateful to the generous donor who provided the seed funding to get Mongabay-India off the ground. As this initiative grows, we’ll need more support from readers like you to scale its success: this is a huge opportunity to reach millions of people and have a tangible impact on protecting nature and the environment in India.