There seem to be endless laments about the destruction of tropical forests and the loss of the priceless biodiversity they hold. Images of chainsaws felling giant trees, massive pits dug in forests to extract minerals, and leaking oil pipelines fouling waterways seem to tell the real story of “development” in the tropics. 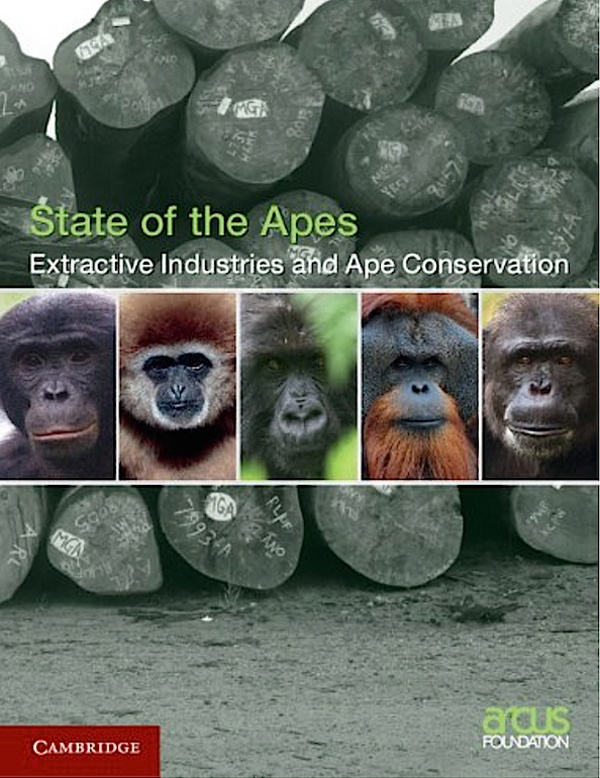 But an impressive tome launched at the first United Nations Environment Assembly, which just ended Friday (27 June) in Nairobi, Kenya, attempts to alter our perceptions of what is possible. State of the Apes: Extractive Industries and Ape Conservation offers hope that it might be possible to extract the raw materials society needs, and at the same time leave behind most of the forests and wildlife.

The book, the first of a series, was produced by the largest private financer of ape conservation and welfare in the world, the Arcus Foundation.

“[Arcus] accepts the inevitability of extraction in countries where apes live, and looks for solutions that will enable economic and social development while conserving the natural world,” said the organization in a flyer.

“There’s absolutely no doubt that extractive industries are severely impacting on apes and their habitats,” said Helga Rainer, conservation director of the Great Apes program at Arcus and the lead editor of the book. “Only five out of 27 ape species do not have a mining project within their habitat… and there is also an indirect impact associated with infrastructure development such as roads and railways.”

Andrew Seguya, executive director of the Ugandan Wildlife Authority, also present at the launch, illustrated the problems that face cash-strapped governments. “We recently discovered that huge iron ore deposits are in the Bwindi National Park. The park holds 450 mountain gorillas, more than half the total in existence. Applications have already been filed [by mining companies].”

In response to a question about whether mining would be allowed, Seguya said, “Our laws do not allow mining in national parks.”

He did not know if the law would be enough to hold off the mining, however.

State of the Apes presents case studies of similar areas protected by law that were mined and seriously impacted by associated infrastructure and population immigration. That is “bad” development, where governments give in to economic pressure on an ad hoc basis, with little to no planning.

The book advocates a number of measures whereby “good” development can be achieved, a goal which includes the survival of our closest biological relatives, the ape family.

“Constructive cooperation between extractives, government and conservation and environmental organizations can help ensure that employment, economic development and profit can be created in ways that minimize the threats to biodiversity and ecosystems,” reads the book. “And cooperation is crucial if the world’s gorillas, chimpanzees, bonobos, orangutans and gibbons are to survive.”