In 2012 Mongabay launched mongabay.co.id, an Indonesian language environmental news service, with a goal of increasing transparency and accountability in Indonesia’s forest sector, which has long been plagued by mismanagement, corruption, and underperformance.

Mongabay hired a team of four Java-based staff in March 2012. Within a month, mongabay.co.id was live and by June it was already one of the most popular environmental sites in Indonesia. By the end of the year, Mongabay-Indonesia journalists were regularly being invited to attend high-level press events and meetings with Indonesia’s largest newspapers, TV outlets, and magazines. Mongabay-Indonesia also began to build out a network of journalists across the archipelago to provide insight on local and regional issues.

Mongabay-Indonesia received its millionth visitor in March 2014. By September 2015, the site had surpassed five million visitors. Its monthly traffic easily makes it the most popular environmental site in Indonesia. Mongabay-Indonesia now has more than 40 correspondents in over three dozen cities and towns across the country. 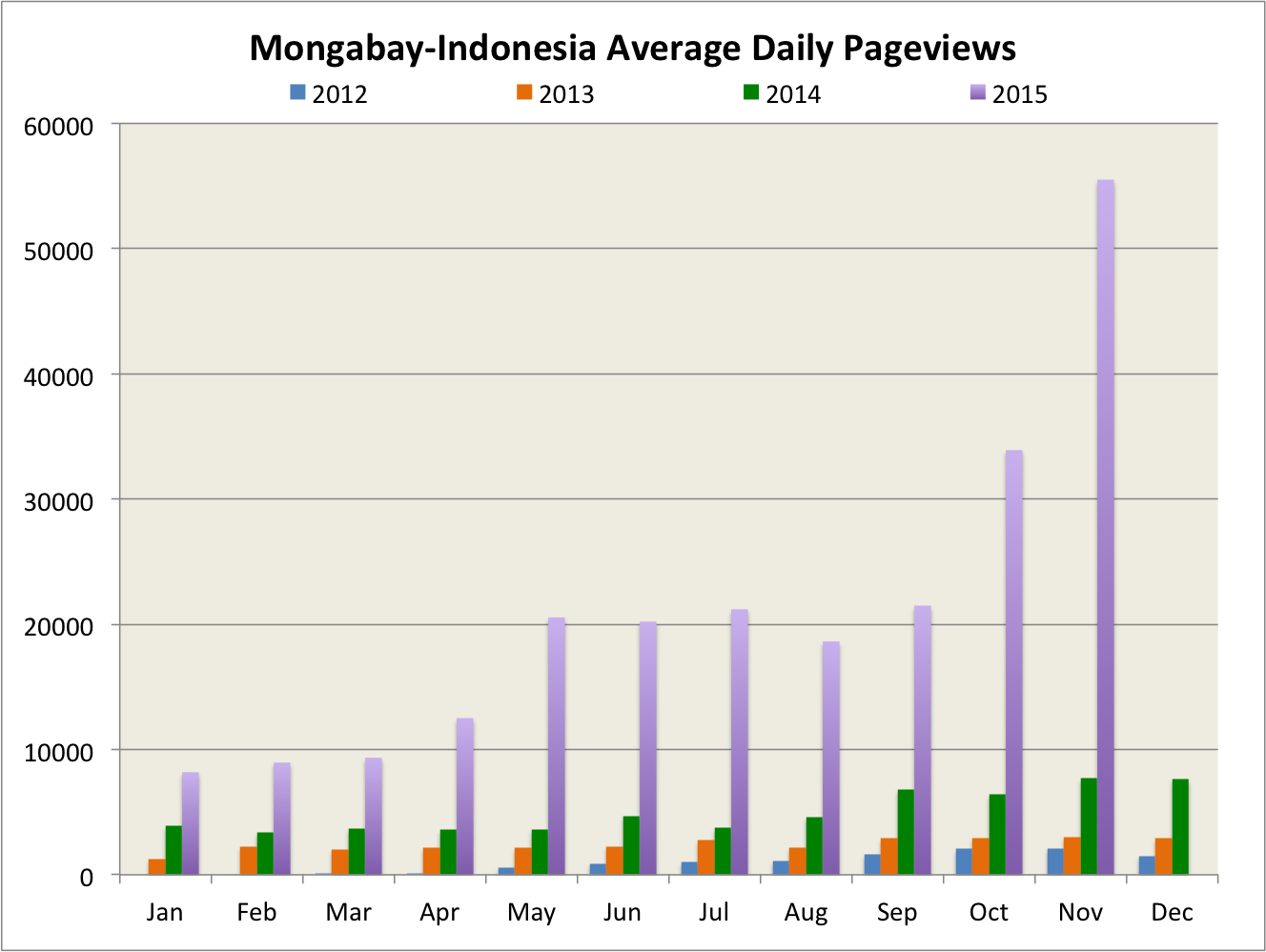 More importantly, Mongabay-Indonesia has had real impacts on the ground, exposing corruption and abuse, documenting successful conservation initiatives, and raising awareness on a massive scale. The site’s influence has also grown, counting some of Indonesia’s top officials among its readers. For example, President Jokowi has referenced the site publicly, while the heads of the key ministries regularly cite Mongabay-Indonesia.

Mongabay-Indonesia has also become a model for other parts of Mongabay. For example, the Mongabay Reporting Network — a distributed network of in-country journalists from around the world — is based off Mongabay-Indonesia as is Mongabay-Latam, a Spanish-language news service that launched in October 2015.