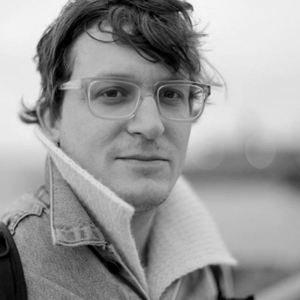 Deforestation accounts for roughly 15 percent of global greenhouse gas emissions, more than that created by all the cars, trains, planes, and boats around the world. Just four commodities – soy, palm oil, beef, and pulp/paper – account for the majority of global deforestation and the U.S. is a leading consumer market for those goods. U.S. law protects endangered hardwoods, yet enforcement has been sporadic. In his reporting, Robert will investigate the links between U.S. consumer goods and the destruction of Indonesian forests and how U.S. law might be used to address a leading cause of climate change.

Robert S. Eshelman is a freelance journalist based in Brooklyn, New York. His articles have appeared in The American Prospect, The Baffler, Abu Dhabi’s The National, ClimateWire, InsideClimate News, Scientific American, The Nation, and Mother Jones, among other print and on-line publications. He is a contributing writer at The Brooklyn Rail and an associate producer on “Years of Living Dangerously,” a documentary series about climate change airing on Showtime. Robert has reported extensively in the Middle East and North Africa, Europe, the United States, Central and South America, and Asia, covering topics ranging from politics and economics to culture and religion. He earned a B.A. in Middle East, South Asian, and African Studies from Columbia University and an M.A. in health and science journalism from Columbia University’s Graduate School of Journalism.