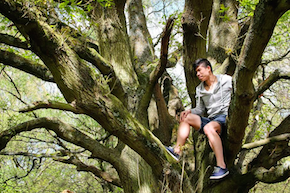 Jose is currently studying European Social and Political Studies at University College London. He has always been a nature lover and is most happy on a shore at low tide, discovering the animals that lie beneath the sands.

Coming from Singapore, he knows he is blessed to have grown up in one of the world’s most biodiverse hotspots, and never fails to be amazed at the wildlife that manages to thrive and persist in his hyper-modern city-state.

It is nature’s ability to regenerate against the onslaught of modernity that fascinates him, and after graduating he wants to help find a middle path between development and conservation. To do this, he knows that engaging the public is crucial, which is why he strongly believes in effective environmental journalism.

Prior to joining Mongabay he wrote for Singapore’s national news publications, and as a university student he was the deputy news editor of a London-wide student newspaper.